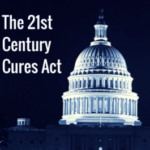 Hidden within a 2015 bill that purports to “bring our healthcare innovation infrastructure into the 21st century” and increase funding for the National Institutes of Health (NIH) lie measures that reduce the regulatory authority of the Food and Drug Administration (FDA).

The “21st Century Cures Act” was meant to promote medical innovation, and has been lauded by many as a way to streamline and simplify clinical trials, accelerate precision medicine, and fast-track approval of drugs for deadly diseases.

But according to Los Angeles Times columnist Michael Hiltzik, the bill takes a terrible idea and hides it in the shadow of a great one; while Americans happily celebrate the increased budget for the NIH, they fail to recognize the danger of loosening the FDA restrictions designed to keep people safe.

The pitfalls of anecdotal data

Currently, strict standards apply to drug companies working to get approval for drugs in clinical trials – there must be clinical evidence of safety and efficacy for the FDA to grant a drug approval. This bill would allow “evidence from clinical experience” to substitute for evidence from randomized clinical trials. Essentially, doctors’ anecdotes would be adequate justification to approve new uses for existing drugs.

David Gonski, an oncologist and well-known pseudoscience debunker, believes this rule could have dangerous consequences. “A homeopath would love this provision, and I’m sure, so would drug companies,” he wrote. “Why bother with the time, bother, and expense of those pesky clinical trials to get your drug approved for additional indications, when you can rely on clinical experiences?” He believes that this part of the bill, rather than speeding the development of treatments for patients, is just a payoff to drug companies.

Some of the provisions of the bill Hiltzik finds most alarming are:

The NIH does need funding; since its budget was cut by $1.5 billion in 2013, grant applications have hit their lowest approval rate in history (only 16% get funding). But Hiltzik argues that NIH funding should not be tied up in the same legislation with measures that undermine the FDA’s ability to perform its function.

According to Hiltznik, the idea that the FDA stifles innovation and acts as a “bottleneck” in drug research and development is a false perception. He cites the research of two scientists from Brigham and Women’s Hospital and Harvard Medical School, Jerry Avorn and Aaron S. Kesselheim, who found that “more than two-thirds of new drugs are approved on the basis of studies lasting six months or less – a potential problem for medications designed to be taken for a lifetime.”

According to Forbes, the FDA approved nearly 90% of applications for new drug uses in 2015. Further, most drug reviews conducted by the FDA are completed in less than ten months. Forbes author Matthew Herper observed that rather than serving as a bottleneck for drug development, “the FDA is basically providing a rubber stamp.”

Looking back on the history of drugs in America provides ample examples of the dangers of allowing drugs to be approved without sufficient evidence of safety and efficacy.

In a particularly dark period, a non-steroidal anti-inflammatory (NSAID) painkiller called Vioxx, developed by Merck, was recalled after five years on the market. After its approval by the FDA in 1999, the drug was found to double the risk of heart attack and stroke – by the time it was recalled in 2004, 88,000 Americans had heart attacks as a result of Vioxx, and 38,000 people died.

Anecdotal evidence is not the same as true scientific evidence generated from randomized, well-designed clinical trials. And when government relaxes the criteria for what qualifies as sufficient evidence, it creates a situation for drug companies to take advantage of suffering patients desperate for a cure. Laetrile, a drug that was marketed to cancer patients in the 1960s and 70s, provides a striking example; there was no evidence of its efficacy, yet patients spent thousands of dollars on the therapy, at times foregoing more proven forms of cancer treatment like chemotherapy and radiation.

One child, diagnosed with Hodgkin’s disease in 1977, was given a 95% chance of survival with traditional chemo and radiation. His parents chose to treat him with laetrile; one lymph node grew to 17, and in 1980, the young boy died. Of tragedies like this, Morris Fishbein, former editor of the Journal of the American Medical Association, once wrote, “Of all the ghouls who feed on the bodies of the dead and dying, the cancer quacks are the most vicious and heartless.”

When the FDA is allowed to flex its regulatory muscle and demand sufficient clinical evidence before approving a medication, it can save lives. The 21st Century Cures Act, while noble in intention, “encourages shortcuts to drug approval… Time and time again, it has been shown that shortcuts such as these lead to the release of ineffective or unsafe drugs onto the market.”

For more information/questions regarding any legal matters, please email info@nelsonhardiman.com or call 310.203.2800.

Harry Nelson Interviewed on NPR: With telehealth abortion, doctors have to learn to trust and empower patientsHarry Nelson Interviewed on BBC News: US to require negative Covid tests for travelers from ChinaClient Alert: Priority Privacy Update – Social Media and the Erosion of Medical Privacy8 Nelson Hardiman Attorneys Named to the 2023 Southern California Super Lawyers ListClient Alert: Cannabis Businesses Can Use Writ of Attachment to Expedite Collections